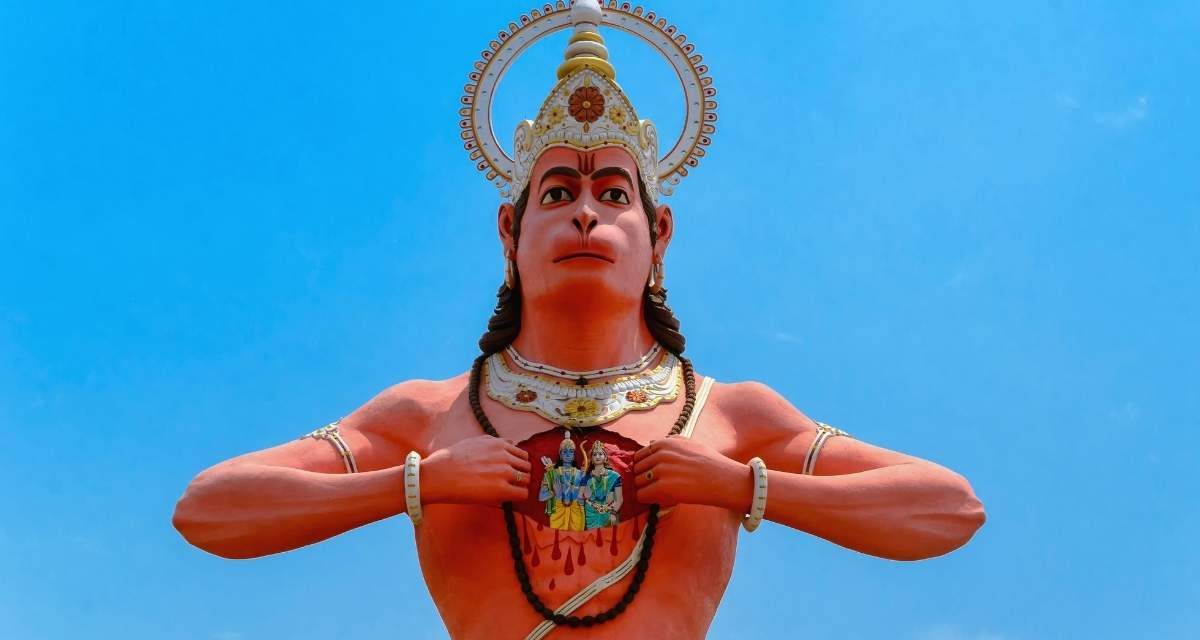 Hanuman Chalisa is a devotional hymn that has stood the test of time.

Lord Hanuman is the symbol of confidence, surrender, and loyalty, and is renowned for his devotion to Lord Ram.

Saint Goswami Tulsidas, writer of the Tulsi Ramayana, wrote the ‘Hanuman Chalisa’ (Ramacharitamanasa). The Hanuman Chalisa is thought to have been written by an ailing Tulsidas. Tulsidas was able to recover his fitness by writing and singing praises to Lord Hanuman.

The Hanuman Chalisa is written in Avadhi and consists of 40 verses packed with praises for Lord Hanuman. This dialect of Hindi was spoken in Ayodhya, the birthplace of Lord Rama.

Lord Hanuman’s several virtues are enumerated as the Hanuman Chalisa progresses verse by verse. Devotees who assume that the holiest of Ram Bhaktas, Hanuman, would bless them sing and recite this hymn.

It provides immunity to disease, enemies, and adversity. Lord Hanuman is known as the God of Creation, and his worship is said to enhance life energy. Increased life energy empowers one to do something by eliminating terror, distrust, and uncertainty from our minds. This is what needs to be done under any Vedic discipline.

I recite the divine renown of the greatest king of the Raghuvamsa family, which bestows us with the fruit of all four endeavors, after polishing the mirror of my heart with the dust of my Guru’s lotus feet.

Knowing that this mind of mine is less intelligent, I recall the ‘Son of the Wind,’ who eliminates all my pain and flaws by bestowing courage, wisdom, and all kinds of understanding.

Lord Hanuman, the ocean of knowledge and virtue, has triumphed. Victory to the Lord of the Apes, who is the illuminator of the three planets.
You are Lord Rama’s emissary, the abode of incomparable strength, Mother Anjani’s son, and the ‘Son of the Wind.’

You are as strong as a thunderbolt, great hero. You are the friend of all that have strong intelligence and you remove bad intellect.
Your skin is a perfect golden colour, and you are dressed elegantly. Your hair is curly and heavy, and you have adorning earrings between your feet.

A mace and a banner of justice gleam in Your hands. Your right shoulder is adorned with a religious cord.
You are Lord Shiva’s incarnation and Vanar-raj Kesari’s son. Your greatness, Your majesty, has no bounds or boundaries. You are revered in the universe.

You are the wisest of the powerful, the most noble, and the most (morally) smart of the wise. You are constantly ready to do Lord Rama’s duties.
You are ecstatic when you listen to Lord Rama’s behavior and behaviour. Lord Rama, Mother Sita, and Lord Laxmana live in Your heart forever.

You appeared in front of Mother Sita in a subtle way. You have burned Lanka (Ravana’s kingdom) in your formidable manner.
You murdered the demons by assuming a gigantic body (like Bheema’s). This is how you effectively accomplished Lord Rama’s duties.

You resurrected Lord Laxmana by bringing the magical herb (sanjivani). Lord Rama lavished praise on you and expressed his appreciation by saying that you are a precious brother to Him, just as Bharat is.

Lord Rama drew you to Himself and kissed you after saying this. Sages such as Sanaka, Gods such as Brahma, sages such as Narada, and even the thousand-mouthed serpent sing Your praises!
Sanak, Sanandan, and the other Rishis and great saints sing Your praises, as do Brahma, Narada, Saraswati, and the King of serpents.

No one may articulate Your greatness better than Yama, Kubera, and the guardians of the four quarters; poets and scholars alike.
You aided Sugriva in regaining his throne by presenting him to Lord Rama. As a result, you bestowed the title of King upon Him (the dignity of being called a king).

Vibhishana, too, became the King of Lanka after following Your teachings.
You mistakenly swallowed the light, thousands of miles distant, thinking it was a hot, red fruit!

You crossed the ocean with the ring in your mouth, which was offered to you by Lord Rama, with no astonishment.
In Your goodness, all of life’s daunting tasks become easy.

You are the gatekeeper at Lord Rama’s entrance. Nobody will advance without Your consent, which ensures that Lord Rama’s darshans (viewings) are only possible with Your blessings.
Any that seek shelter in You will find both peace and joy. We don’t have to be afraid of someone or something because we have a protector like You.

You are the only person that can stand up against Your majesty. At one of Your roars, all three realms begin to tremble.
Mahaveer, Mahaveer! No dark spirits or ghosts come close those that know Your name. As a result, just recalling The name suffices!

Hanuman, o Hanuman! When one recites or chants Your name, all ailments and pains are eradicated. As a result, chanting Your name on a daily basis is thought to be quite important.
Anyone who meditates on or worships You in speech, expression, and action is set free from all kinds of affliction and crisis.

Of all the Kings, Lord Rama is the biggest ascetic. But it was only You who completed all of Lord Sri Rama’s duties.
Anyone who comes to You with any craving or heartfelt wish receives an abundance of embodied fruit that lasts a lifetime.

Your magnificence pervades these four epochs. And your majesty is known all over the globe.
You are the protector of saints and sages, the destroyer of ghosts, and Lord Rama’s favorite.

Mother Janaki has blessed you with the ability to bestow many more boons on the worthy, such as the siddhis (eight separate powers) and nidhis (eight different abilities) (nine different kinds of wealth).
May you always be the respectful and faithful servant of Raghupati, as you embody the spirit of Ram bhakti.

When a person sings Your praise, Your name, he meets Lord Rama and is relieved of the sorrows of many lifetimes.
Through your grace, one may go to Lord Rama’s eternal abode and stay faithful to Him after death.

It is not essential to worship some other God or Deity. Lord Hanuman’s service has both comforts.
For the one who remembers the mighty lord, Lord Hanuman, all worries stop, and all his sufferings end as well.

Lord Hanuman, I salute you! Praise and praise to you, O mighty Lord, and may your favor be bestowed upon us as our Supreme Guru.
If you recite this Chalisa a hundred times, you will be free of all bonds and achieve great bliss.

All of a person’s tasks are completed if he reads and recites the Hanuman Chalisa. Lord Shiva is the one who has seen it.
Tulsidas prays to Lord Hanuman, “May I always remain a servant, a devotee of Lord Sri Ram.” May You still have a place in my heart.

O Son of the Wind, You are the one that puts an end to all sorrows. You are the epitome of good fortune and wealth.

Lord Rama, Laxmana, and Mother Sita are still in my center. 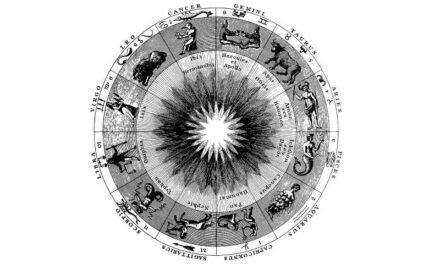 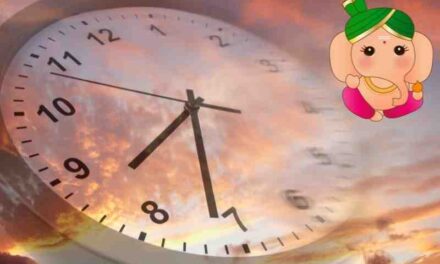 What is the meaning of yuga in Hinduism? 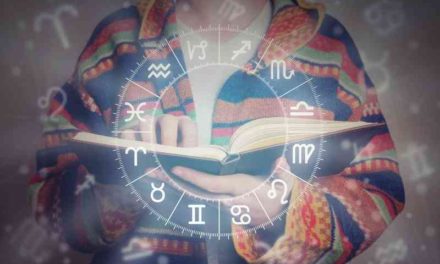 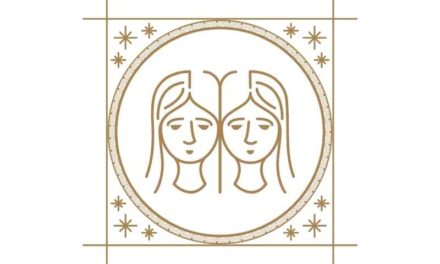