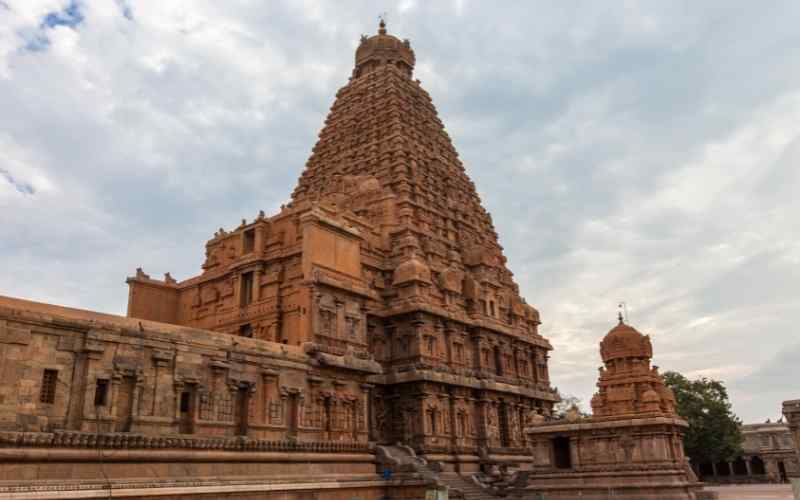 After the Chola Empire was first vanquished by the Pandyas in the year 1217, the Pandyas managed to bring them back to power. Following their first setback, the Chola Dynasty was subjected to a steady fall that lasted until 1279, when it was finally brought to an end.

Later Cholas era begins in 1070 with Kulothunga Chola I, who was the grandson of the Kundavai and Chalukya Vimaladitya. He ruled from the city of Kulothunga Chola. To help better comprehend, Kundavai was Rajaraja Chola’s older sister (who built the Big Tanjore temple).

Kulothunga Chola I, whose birth name was Rajendra Chalukya, overthrew Athirajendra Chola, the last Chola monarch to rule during the medieval period, and ascended to the throne of the Cholas. There isn’t a lot of data to go on when trying to figure out what went down throughout that period of this shift. However, there was a great deal of chaos in the Chola Kingdom.

The Pandyan Dynasty was the most ancient Tamil Dynasty up to the 17th century. Its history can be traced all the way back to 600 BCE. Pandyas were vanquished in the year 910 by Parantaka Chola I, who was also the third King in the Chola dynasty during the medieval period.

Parantaka Chola I also governed the Chola Kingdom for the majority of years. In general, after the rise to power of the Cholas, the Pandya king was little more than a puppet in the Cholas’ hands.

During the transition from the Chola era of the Middle Ages to the Chola period of the Later Chola, the Pandyas made an effort to establish their own independent state. On the other hand, Kulothunga Chola I was successful in putting down the revolt. That is written in an inscription,

“King Kulothungan destroyed the exceedingly thick army of Cheras and Pandyas and also burned down the Korkai (Tirunelveli) fort, in the same manner, that son of Pandu (Arjuna) burnt Khandava forest.

And, there was always an ongoing civil war in the kingdom that was initially ruled by direct Chola rulers (called Chola Pandyas). However, during the later Chola period, Pandya kings themselves were allowed to rule their kingdom as long as they paid tribute to the Cholas. Despite this, there was always conflict within the kingdom.

During both the Medieval and Later Chola periods, there was a continuous civil disturbance that was primarily a power struggle between peasants and landowners. This conflict lasted throughout both periods. Peasants were subject to disproportionately large tax loads and had limited access to the available resources.

However, landowners who controlled agricultural land under a system known as “Devadaanam” reaped all of the fruits of the peasants’ labor. The unjust rulings were written on the walls of the temples, and the acts were stored inside the temples themselves.

However, rebels were successful in destroying a whole Hindu temple as well as the fortifications that surrounded it. Constant uprisings were taking place every time an unlawful edict or oppressive taxation was authorized by the government. This should have been the last straw that broke the back of the dynasty as a whole.

When the Pandya Kingdom failed to cooperate with the Cholas’ rule, Kulothunga Chola III led three victorious expeditions there (1118, 1188, and 1205). After the first successful voyage, the emperor celebrated his triumph at the Madurai court by performing a ceremony called a “Virabhisekham.”

On each and every expedition, their capital city of Madurai was pillaged, and the Pandya King was granted a pardon and permitted to return to his throne. In addition to this, he continued his conquests in neighboring kingdoms like Sri Lanka, Cheras, and Hoysalas. During the time of the final voyage, which took place in 1205, Sadayavarman Kulasekhara Pandyan was the ruler of the Pandya Kingdom.

Following Sadayavarman’s reign, his brother Maravarman Sundara Pandyan I ascended to the throne as ruler in 1216. It was he who established the groundwork for the Pandyas’ return to their former monarchical status. When Kulothunga Chola III began to show signs of old age, he ascended to power and nearly continuously reigned for 40 years while leading various expeditions.

Once he took control, he was immediately able to overcome the Mighty Cholas by leading an army of his own against them. At Ayirattali, Tanjore, he carried out a virabhisekham in the same manner as Kulothunga Chola III had done in the Cholas’ coronation hall, which is known as mudikondasolapuram.

The Chola kings Kulothunga Chola III and Rajaraja Chola III were both banished abroad. In later years, Kulothunga Chola III was successful in obtaining assistance from Veera Ballala II, the most powerful ruler of the Hoysala Empire. Ballala sent an army led by the crown prince Vira Narasimha II, who was Ballala’s son. Cholas acknowledged their loss and submitted to Sundara Pandyan’s rule when they did so.

Following the reign of Kulothunga Chola III, his son Rajaraja Chola III ascended to the throne in 1216. Rajaraja Chola III is known as one of the most inept kings in the history of the Chola dynasty. Even when Pandya’s army was closing in on his city because of his reluctance to pay tribute, he abandoned it and fled.

In point of fact, the only thing that the Hoysalas’ intervention did was delay the inevitable fall of the Chola empire. Even one of his own chieftains, Kopperunchinga I, was taken captive by Rajaraja Chola III. He was only freed later after the following intervention from Hoysala, primarily by Vira Narasimha II.

Rajendra Chola III, who ascended to the throne in 1246 and was regarded as a capable monarch, was the last Chola King to govern over the diminished kingdom. He was known for his strong leadership. The territory under the control of the Pandyas Empire under the reign of Sadayavarman Sundara Pandyan I was continually increased.

The Chola Empire was more of a fragmented state than a centralized empire, which meant that the feudatories had a significant interest in the administration of the empire and were heavily involved in its operations. The empire was prosperous so long as it was led by a powerful emperor who was able to keep the opposing influences of the Araiyars and Velirs in check; but, when this was not the case, the empire began to decline.

This began to take place in a more widespread manner during the reign of Kulottunga II. In the end, the Sambuvaraiyers and the Pallavaraiyers were successful in undermining the central authority to such an extent that it was irrelevant.

It was important that the Pandyas make a comeback, but not as important as the Hoysalas and their persistent meddling in Chola and Pandya political matters. They didn’t want the Cholas to come back, but they also didn’t want them to die out, so that move didn’t work out very well, especially when they betrayed Rajendra III when he was on a roll and tried to stop him. Pandyas has just completed the last stroke of victory.

Nevertheless, the Chozhas were successful in preserving their nation during the Kulothunga III conflict. On a few occasions, they were successful in driving the Sinhalese army and its chieftains away. After slaying a Sinhalese Army commander and presenting his severed head at the gate to the Madurai fort, the Pandiyan King was unilaterally reinstated there in Madurai.

Pandiyas had forgotten about the timely assistance that Chozhas had rendered. Once they had achieved stability, they immediately embarked on an offensive against the Choza. There was a matrimonial tie between the Hoysalas and the Cholas. As a result, they assisted the Cholas in retaking the area that had been taken by the Pandiyas. The Pandyas, on the other hand, were successful in severing the ties that bound these two kingdoms together.

Maravarman Sundara Pandiyan had such immense strength that he was able to utterly eradicate Cholas. He performed the coronation ritual in the same manner as the Chozhas had in the past in the Chidambaram temple itself. However, in response to pressure from the Hoysalas, he gave the territory back to the Chozhas and earned the nickname “Sonaadu thantharuliya” for his actions.

In the end, RajaRaja III was a powerless and childless monarch who had no sons. After being forced to flee the battlefield, he concealed himself in the surrounding bush. He and any of his descendants were never seen again in historical records. Pandyas, out of centuries-old anger and vengeance, set fire to all of the ancient capital cities of Chozhas, and as a result, Gangai Konda was created.

The cities of Chozhapuram, Tanjore, and Uraiyur have been on fire for the last several weeks. annihilated every single item. The walls of the fort with a breadth of six feet were destroyed. They used donkeys to till the ground at Chozha, and they planted weeds in the ponds.

And, somewhere along the route between Trichy and Tanjore, Maravarman Kulasekara Pandyan I was victorious against Rajendra Chola III. In addition, he was successful in defeating the Pallavas, who at the time (1279) were allied with the Cholas in their struggle against the Pandyas. In addition, there is no evidence to support the claim that Rajendra Chola III was murdered. However, following this conflict, neither the Pallavas nor the Cholas are mentioned anywhere. 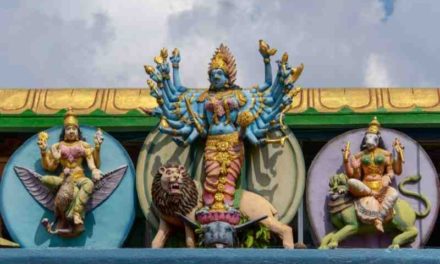 Why Hindu Gods are mostly in India? 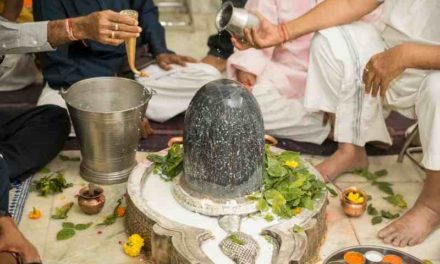 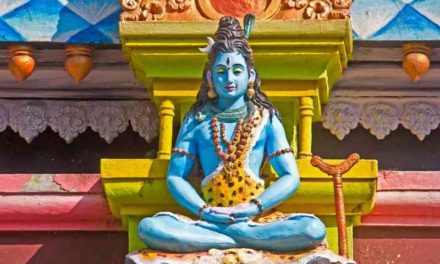 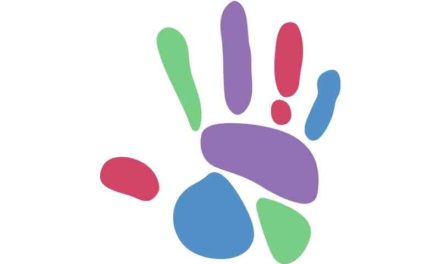 Color Astrology and its relationship to Zodiac Signs