Why are cows considered holy animals in Hinduism? 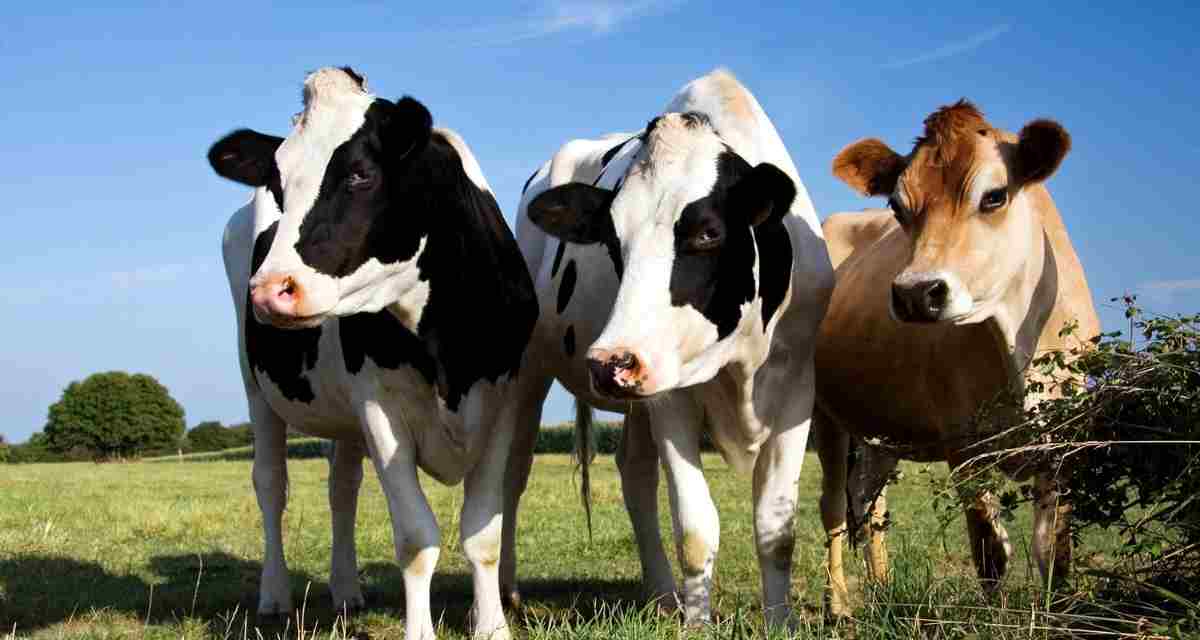 Agriculture was the principal source of income throughout the Mahajanapadas (also known as the Vedic period). These civilizations were located along the banks of the Indus, Ganga, Yamuna, Brahmaputra, and other Northwest Indian rivers. Both cows and buffaloes were important agricultural animals. Because a cow produces milk, it was also a significant source of money and benefit. Why are cows considered holy animals in Hinduism?

The vedic age that thrived throughout the Mahajanapadas stressed and recognized the cow’s importance in Indian culture. The cow’s association with Hindu societal ideals was so strong that it became a Goddess emblem. According to Vedic teachings, cow slaughter and consumption are considered a sin.

You may still see that Hindus residing in the northwest of India have an emotional affinity to the cow, owing to historical circumstances. I suppose the early years of cow protection were motivated by economic considerations. I’m not sure whether Hindus worship cows, but they have a tremendous amount of regard for them, which has permeated their society.

The Vedic period’s inhabitants were predominantly pastoral. They were entirely reliant on cows for milk and manure. Cow dung is a primary source of fuel in rural India and is also used as a fertilizer. Cow dung and pee were also believed to be disinfectants by ancient Indians and were used to clean their homes. Thus, the cow supplied the Vedic people with food, fire, disinfection, and fertilizer.

Milk has long been regarded as one of the highest types of food – Satvic – in Hindu texts. Cow’s milk is said to be quite relaxing and to aid in meditation. Yajna is performed using ghee (clarified butter), a result of cow’s milk (fire worship). For Hindus, fire worship is the ultimate form of devotion. This imbues cow products with holy significance.

Despite its enormous size, a cow is a peaceful and non-threatening creature; cows may be seen lazily walking Indian roadways. Hindus have always admired the cow’s tolerance, patience, and tranquility. Thus, cows symbolized the virtues of Hinduism and were seen as a representation of Dharma. Additionally, a cow’s devotion for its calf is a wonderful thing, and the Vedas admired this connection.

Sustainability: When ancient Indians roamed the plains, they almost certainly ate meat. However, when the population along the Ganges increased, they noticed the concerns. The key factor was water contamination caused by slaughterhouses. Both the leather and meat industries are very filthy, and hence taboos rapidly developed.

In some aspects, cows are similar to pets in Western culture for Indians. In the United States, dog, cat, and even horse meat are not consumed since these are the animals that people keep in their homes and have a particular affinity with. For some Westerners, slaughtering a dog for meat may be as heinous as killing a person. Similarly, many of us Indians developed a strong affinity with our cows.

Indian saints had a thorough understanding of the life cycle and could perceive the deep interdependence of all living forms. Additionally, they recognized that communicating these subtleties to the average person would be difficult, and they established a complicated mechanism for proclaiming these lives to be deities.

Thus, we have snakes as Shiv’s ornaments, Lakshman/Balram as Sheshnag’s incarnations, peacock as Kartikey’s (first son of Shiv) vahan, and rat as Ganesh’s vahan (second son of Shiv). In summary, snakes, like peacocks and rats, are necessary.

To facilitate comprehension and compliance, this complicated information was braided into tales and Do’s and Don’ts. As a result, there is a particular celebration dedicated to snakes called nag panchami, which coincides with the hatching of snake eggs. Along comes the Ganesh festival, during which rodents are worshiped alongside their masters.

You’re curious as to what might happen in the absence of such narratives? You may have heard of the now-extinct Dodo bird. Idiots mistaken for outstanding hunters wiped it off and also wiped out a variety of trees. All of it, without comprehension.

Knowledge was not as clearly chronicled in ancient times as it is now. There were wise persons who recognized the value of things and communicated it to the general people via tales and Do’s and Don’ts.

As India was a nation abundant in soil and water, agriculture and animal husbandry were the two most prevalent and useful economic occupations. The veneration for cows began in ancient India’s agricultural civilization and is equally prevalent in south as well as north India. The rationale was straightforward.

The cow supplied milk, which was an important element of the Indian diet. Not just milk, but curd, buttermilk, butter, and ghee as well. Many people are unaware, yet if a woman is unable to breastfeed her newborn, cow’s milk is favored above all other types of milk.

Cows live between 13 and 18 years and produce one offspring every year beginning at the age of two. This was the source of bullocks, which were important for agriculture and transportation at the time.

Cowdung is an excellent source of organic manure. Mineral-dense, it is also a good soil conditioner. In India, many who practice organic agriculture also devote time and money in animal husbandry.

When dried, cow dung cakes serve as an alternative to fuel, especially during the monsoon season. Internally, burning cow dung repels mosquitos. It is the most effective insect repellant when combined with Neem leaves.

Cow dung-coated walls are an inexpensive and excellent thermal insulator in cold climates. To repel insects, cow dung is combined with water and sprayed around dwellings. Historically, such sprays also kept insects out of granaries.

Cow worship is a relatively recent phenomenon in India; it emerged in tandem with the growth and evolution of Hinduism. This progress is documented in royal edicts and religious literature published throughout the course of India’s past 3,000 years.

The Vedas, dating from the first millennium B.C., include inconsistent passages, with some referencing ceremonial slaughter and others pointing to a stringent prohibition on cattle intake. Numerous holy cow verses were eventually inserted into the scriptures by priests.

By 200 A.D., the status of Indian cattle had shifted dramatically. The Brahman priests admonished the populace for abusing or feeding on the cow. Religious feasts that included the ceremonial killing and consumption of cattle were abolished, and meat intake was reserved for the nobles.

By the year 1000 A.D., all Hindus were prohibited from eating beef. Ahimsa, the Hindu concept in the interconnectedness of all life, served as a spiritual foundation for this ban. However, it is impossible to pinpoint precisely when this transition happened. Hindus may have believed it was politically useful to distinguish themselves from the invaders, who were beefeaters, by stressing the need of preventing the killing of their holy animals.

Following that, the cow taboo evolved into its contemporary form and started to operate in much the same way it does now. In contemporary India, the cow has a prominent role on posters, in films, in brass statues, in stone and wood carvings, on the streets, and in the fields. The cow is a symbol of fertility and health.

Hinduism is predicated on the idea of the Divine’s omnipresence and the existence of a soul in all things, including bovines. Thus, murdering any animal would constitute a sin by that definition: one would be interfering with the creature’s natural cycle of birth and death, and the creature would have to be resurrected in that same form as a result of its unnatural death. Even Krishna, one of the most renowned manifestations of the Divine (Avatar), tended cows historically. 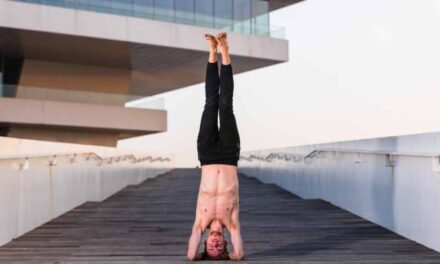 ABOUT THE SIRSASANA HATHA YOGA POSE 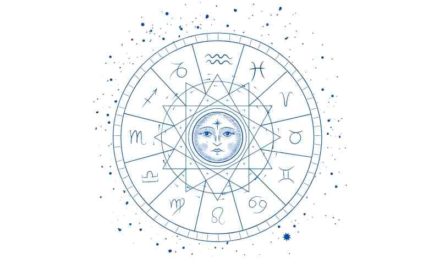 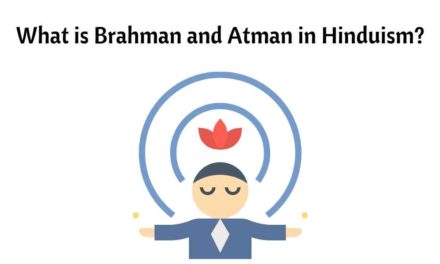 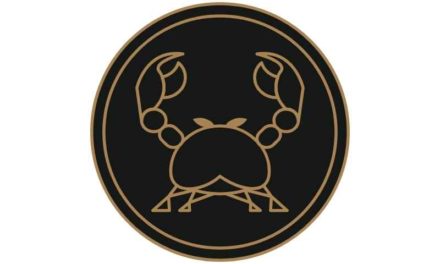