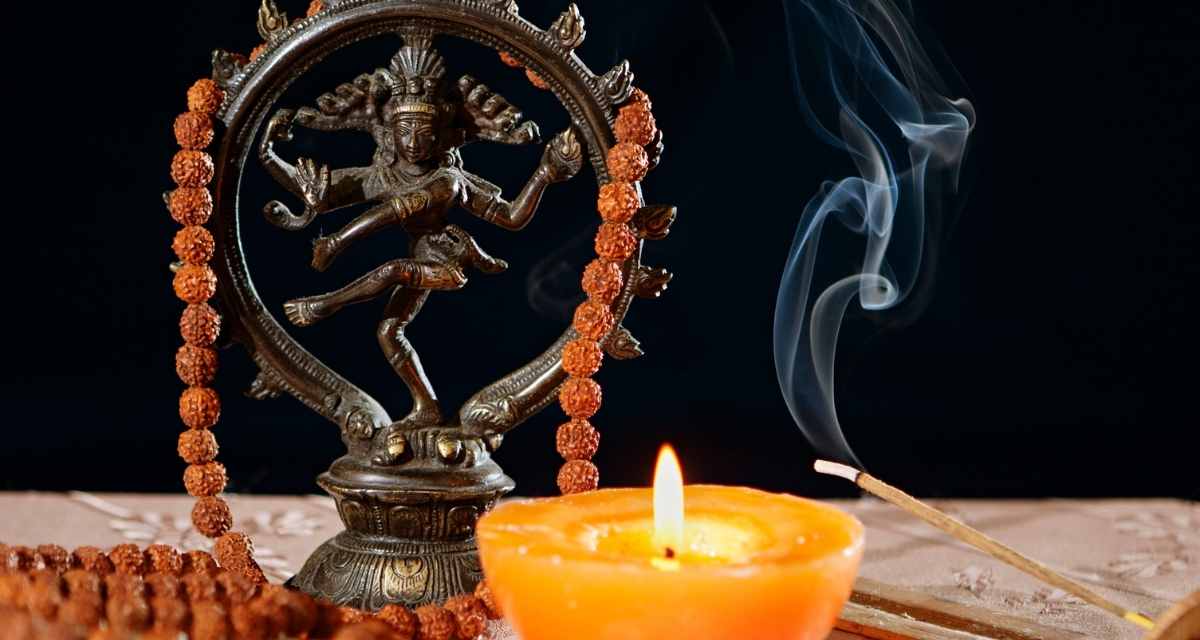 Let us explore and understand as to How did the Hindu Vedas come to the world? When we examine the world’s religions, we usually discover two distinct modes of operation. The first is a gift from God to man. The second path is via man to God. These are the two topics of research for man, external and internal nature; and although they may seem to be conflicting at first, outward nature must be completely comprised of interior nature, the realm of thinking, for the average man.

The majority of ideologies in every culture, but particularly in the West, begin with the idea that these two existences, matter and thought, are mutually exclusive; yet in the long run, we will discover that they converge and eventually merge to create an endless totality. Thus, this approach does not imply a superior or inferior position on the topic.

That is not to say that people who seek truth via outward nature are incorrect, or that all those who seek truth inside are superior. These would be the two distinct modes of operation. Both must exist; both must be researched; and in the end, we will discover that they do.

You must recall the underlying concept that goes through all the Vedas: ‘Just as understanding of one lump of clay enlightens us about all the clay in the world, so what is it about which we get knowledge of everything else?’ This, more or less succinctly stated, is the central subject of all human understanding.

It is the discovery of a commonality that we are all striving for. Every activity in our life – the most material, the most heinous as well as the finest, the greatest, and most spiritual – is directed toward this one goal, the discovery of unity.

The more ignorant and unenlightened the soul is, the more it believes itself to be distinct from the rest of the world. The more uneducated a person is, the more he believes he will die or be born, and so forth – notions that reflect this sense of segregation.

However, as knowledge advances, man develops, morality evolves, and the concept of non-separateness emerges. Whether men are aware of it or not, they are compelled to become selfless by that force behind. This is the basis for all morality.

Religions are usually divided into three categories. There is a first section, which contains the philosophy, substance, and principles of each religion. These ideas are embodied in mythology – the biographies of saints and heroes. Demi-gods, or gods, or divided creatures; and the mythology’s whole premise is one of power.

And in the lowest order of myths – the primitive – this strength is shown in the muscles; their heroes are massive and powerful. The world is conquered by a single hero. As man develops, he must find a higher outlet for his energy than the muscles; similarly, his heroes must find a greater outlet for their energy. The higher myths feature giant moral men as heroes.

Their power is shown in their quest to become moral and clean. They are capable of standing alone and reversing the flow of selfishness and immorality. All religions have a third component: symbolism, which you refer to as ceremonials and forms. Even mythology, the lives of heroes, is insufficient for everyone. There are still lower-level brains.

They, like children, need a religious kindergarten, and these symbologies develop – tangible instances that they can touch, grasp, and comprehend, as well as see and feel as material some-things. Thus, each religion has three stages: philosophy, mythology, and ritual.

We can agree on a lot of things in terms of ideas, but not so much in terms of individuals. The individuals appeal to our feelings; the ideals appeal to something more, to our rational judgment. In the long run, principles must triumph, because that is the essence of masculinity.

There will come a day when Spiritual seekers will stroll along every street in every city on Earth. In ancient times, unique individuals were so-called “chosen” to become Spiritual seekers through the action of social rules. We are approaching a moment when we will recognize that one must remain religious until he or she becomes a Spiritual seeker.

The whole world must be transformed into Spiritual seekers ; and until a man is transformed religion is a joke and a byword to him. We must see, feel, and experience religion in a thousand fold more intense a way than we perceive the wall.

They worked, and that principle manifested itself naturally; we, on the other hand, will have to work to have that principle express itself in us. They were heavenly seers. They may be able to transcend the limitations of their senses and get a glimpse of what is beyond. We will believe it when we are capable of doing so on our own, not before.

That is Vedanta’s lone premise. Vedanta asserts that religion exists in the here and now, since the issue of this life against that life, of life versus death, of this world versus that world is simply a matter of superstition and prejudice. There is no such thing as time apart from what we create. What is the difference between ten and twelve o’clock other than what we create via specific modifications in nature?

Time continues to move in the same direction. Thus, what does “this life” or “that life” mean? It is just a matter of time, and what is lost in the passage of time may be made today. And for you to become religious, you must begin without any religion, work your way up, and understand and perceive things for yourself; and after you have done so, you will have religion, and you will have it alone.

This is the fundamental premise of Vedanta: realization is religion, and religious persons are those who realize. Each science has its own method of instruction, and religion is no exception. It has its own way, and this is something we can and must learn from all of the world’s old Spiritual seekers , from everyone who has discovered or realized religion. They will teach us the ways, the specific methods, by which we will be able to grasp the religious truths.

They toiled their whole lives and developed unique ways through which we would be able to comprehend religious truths. They struggled their entire lives, discovered unique methods of mental culture, bringing the mind to the highest state of perception, and through which they perceive and feel religion.

To become a Spiritual seeker, we must take these methods and practice them; and if we discover nothing, we will have the right to say, ‘There is nothing in religion, for I have tried and filed.’

This is the pragmatic aspect of any religion. It appears in every book in the globe. Not only do they teach ideas and theories, but you will always discover practices in the lives of the saints; and even when it is not explicitly stated as a rule of behavior, you will always find that these Spiritual seekers controlled their eating and drinking at times.

Their whole way of life, their practice, their technique, everything was unique in comparison to the crowds around them; and these were the factors that contributed to their attaining the greater light, the vision of the Divine. And if we are to achieve this goal, we must be willing to use these techniques.

Practice, effort, will get us there. Thus, the purpose of Vedanta is to first establish the principles, to map out the destination for us, and then to give us the way by which to arrive at the destination, to comprehend and realize religion.

Again, these techniques must be diverse. Given our disparate natures, the same technique can hardly be applied to any two of us in the same way. Each of us has peculiarities in our brains, and therefore the approach should be changed. How did the Hindu Vedas come to the world?

You will see that some are very emotional; others are highly intellectual and logical; and yet others adhere to various ceremonial forms – desiring tangible objects. It is a very wonderful providence of the Lord that there are so many faiths in the world; and how I wish they would grow in number daily, until each man had his own religion!

Vedanta recognizes this and therefore teaches a single principle while allowing for many ways. Take whatever route you want; follow any Spiritual seekers you wish; but use only the technique that is compatible with your own nature in order to develop. 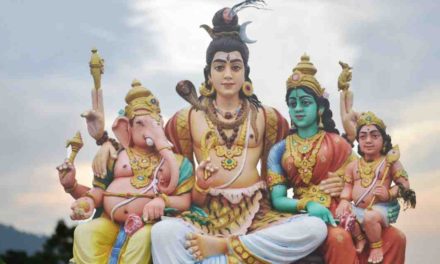 are hindu gods omnipotent and eternal? 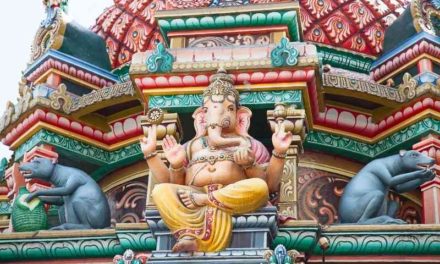 How many Hindu temples are functioning in India? 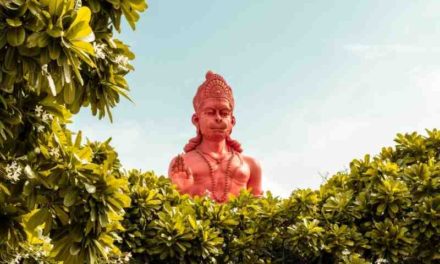 Who founded the Hindu Dharma? 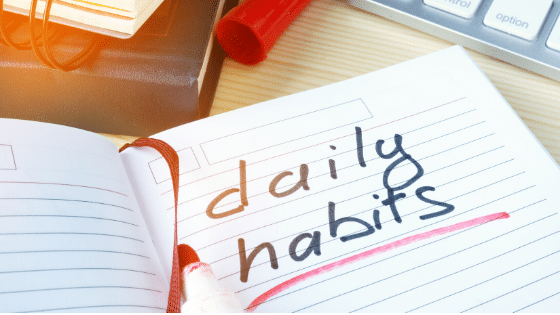 Ways to control your habits